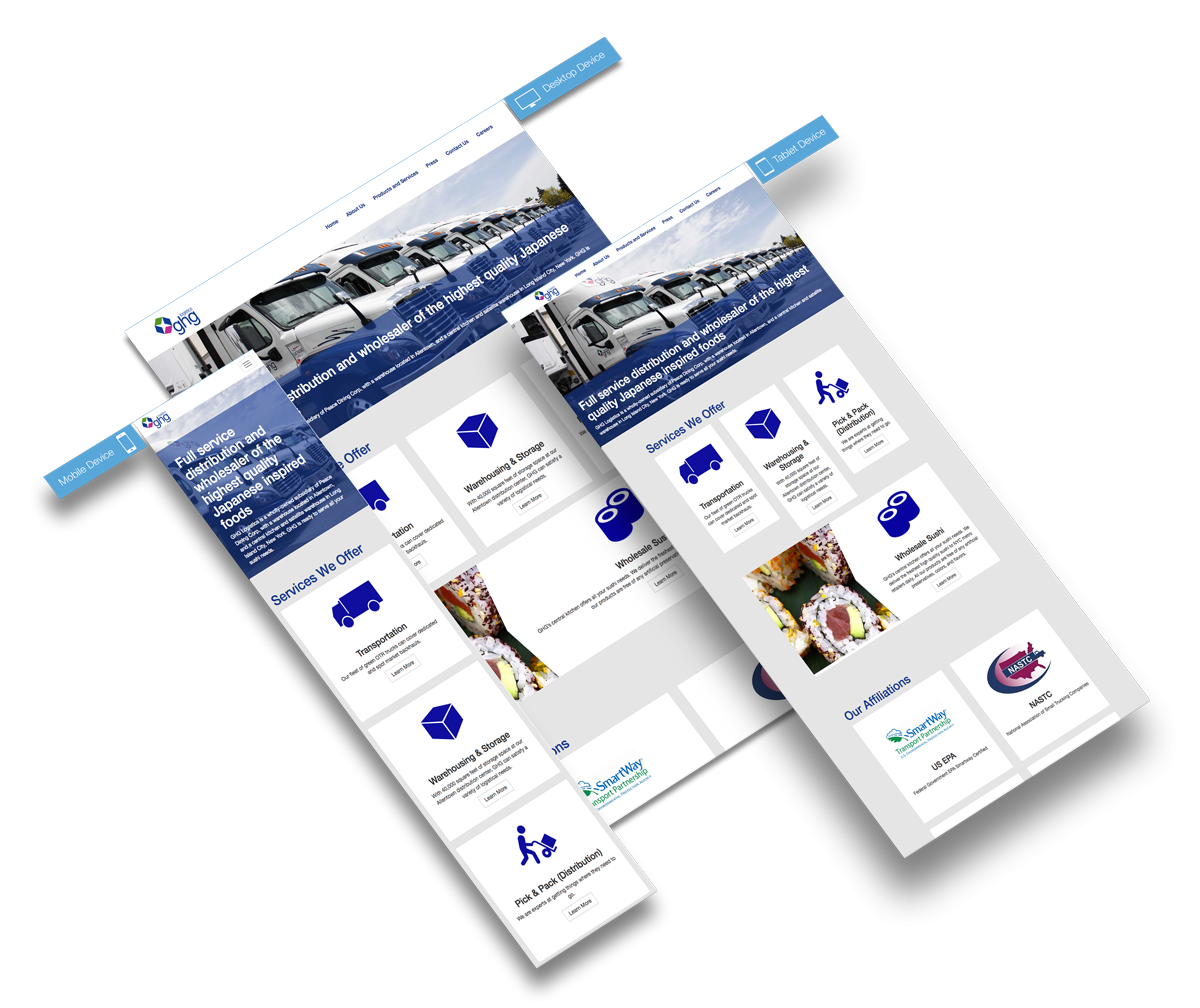 First, I confirmed project requirements and goals. These were considered in the next step, where I chose the correct tools to meet the requirements and timeline. I decided to proceed with the Twitter Bootstrap Framework for rapid layout and development. Before coding, I created a series of responsive wireframes – first hand-drawn and later digitally rendered. These wireframes were used as a base for digital mockups of the proposed site, which incorporated the GHG logistic’s brand look and feel. Once digital mockups were approved, the website was hand coded with HTML, CSS, and Javascript. After checking the website for bugs, the site was launched.